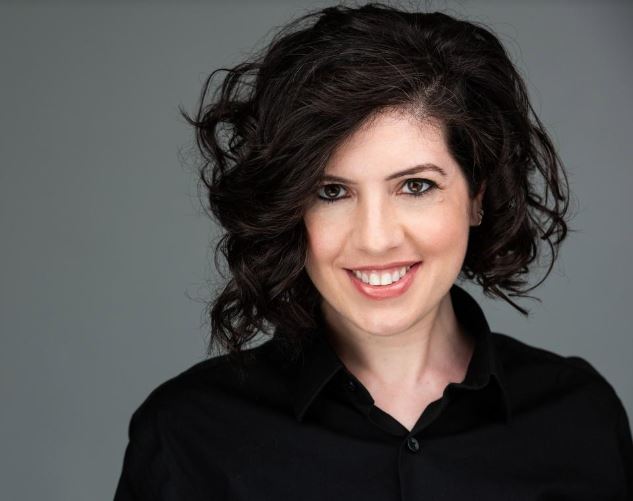 In 2000, Dreyfoos School of the Arts senior and Palm Beach Gardens resident Gina Marie Guadagnino was one of a selected group of students bestowed with the coveted Pathfinders Award, the annual high school scholarship awards for Palm Beach and Martin County students, sponsored by The Palm Beach Post.

Guadagnino, then 18, won the award in the Literature category, and in an interview she gave to The Post at the time, she expressed that “she had never stopped writing from the moment she could.”

Flash forward to 2019. Guadagnino, now in her 30’s, lives in New York City, the mecca of the publishing industry and works in the office of the president at NYU. In addition, her debut novel, “The Parting Glass,” has just been published by Simon and Schuster.

As any author knows, it’s a long road to publishing, but Guadagnino had her mind set on becoming a professional writer from the time she was in middle school in Palm Beach County.

“During my first year at Dreyfoos, they announced that they had several Pathfinder nominees, and I had no idea what that was,” Guadagnino said. “But the minute I started asking and delving into it, I thought ‘I want the Pathfinder Award in Literature when I’m a senior,’ and that was something I actively worked towards.

“I was interested in creative writing, even though I was in the theater department, so I had to take a lot of crossover classes in communication, poetry and short stories and then in my own department I did playwriting. When they discontinued playwriting classes, I took an independent study with Keith Young, who was a teacher there, and he sort of held a private playwriting class for me. He was truly an inspirational person.” 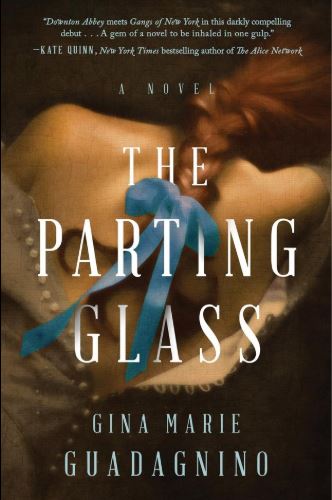 Guadagnino also explains that while at Dreyfoos, she worked tirelessly with her English teachers, who were mostly the nominating group for the Pathfinders in Literature award.

“I told every teacher I had that this was something I was looking forward to doing,” Guadagnino said. “From 9th grade on, I would go to my teachers with short stories, poems, anything I was writing and asked if they had time to give me feedback.”

When asked if she considered the Pathfinders as a head start to her writing career, Guadagnino said that winning the award gave her confidence in her abilities as a writer, and made her want to persevere.

“Having that recognition at such an early and critical time in my life, made a huge difference, because the pathway to publishing a novel is not easy,” Guadagnino explained. “It’s absolutely fraught with rejection. A statistic I love to tell people is that I sent out 181 query letters to agents, and I only got one offer of representation.”

She went on to say that the incredibly supportive atmosphere at Dreyfoos made her believe she could be a writer. “There is something worthwhile in continuing to pursue your dreams and be tenacious,” Guadagnino said.

She was a “fairly eclectic reader” in high school, with a fondness for Mark Twain and Shakespeare. Guadagnino also delved into Margaret Atwood, Jane Austen and ultimately Tolkien when she started reading fantasy.

Guadagnino says that authors who have influenced her as writers range from Lyndsay Faye to Jo Baker, because she truly admires what these authors are doing with women and other marginalized characters in historical fiction.

She also mentions the Welsh novelist Sarah Waters as an important influence, which can be seen in her novel, “The Parting Glass,” an upstairs-downstairs story about Mary Ballard (who hides her real name, Maire O’Farren), a lady’s maid to high society debutante Charlotte Walden.

The relationship that develops between the two characters and the double lives that they indulge in, are evocative of Waters’s notable work, “Fingersmith.” The book has been getting good reviews, with Guadagnino being praised for both her historical research and her approach to exploring Maire’s sexuality and love affair with a prostitute.

Like Waters, the Victorian era is something that Guadagnino was keen to explore, but instead of 1800s Britain, she wanted to write a story set in New York, specifically in Washington Square.

She freely admits that the PBS series “Downton Abbey” had recently begun, and she started to think that it would be interesting to do a similar concept in a New York townhome, in a period like the 1830’s when there was so much diversity in the serving classes.

“My own ancestors came from Ireland in the 1850s, in the post-famine diaspora,” Guadagnino said. “Right away the idea of Maire came to me as someone who is pretending to be something she isn’t. I wanted to see how far I could take that concept, how many subsumed and nested identities I could explore.”

Guadagnino remembers being fascinated by her research into the relationships between a lady’s maid and the women they served, and how struck she was by the way the women were required to repress their own identities for their mistresses and extinguish their own desires and aspirations.

“I started to think what that would be like for someone who wasn’t just doing it as a job, but also who was completely obsessed with the person she’s serving.”

One of the novel’s main topics deals with the Irish immigrants that arrived in New York City in the middle of the 19th century. Guadagnino says that even though she started writing “The Parting Glass” during the Obama administration, she never could have envisioned the frequently hostile attitudes towards immigration.

“The rhetoric around it is so violent that I see direct echoes in my research with the way the Irish were treated,” Guadagnino said. “I think it’s important we remember that everyone who lives in this country is because of immigration, either voluntary or forced. The idea that people who are trying to seek amnesty are somehow criminals, is a deep, deep betrayal of our cultural roots.”

With her novel published, she is now embarking on a book tour, which includes a book signing event at Palm Beach Bookstore on April 27. And Guadagnino is hard at work on her next book, which she refers to as “a reverse Gothic novel.”

“The characters are set by all these fantastic events,” she says. “It’s like a Scooby Doo episode, but instead of pulling off the mask and finding a perfectly rational explanation for everything, I’m trying to write the reverse, where the characters are so reasonable and level headed that they can’t possibly fathom that everything around them is so much more wilder and crazier than they could possibly imagine.”