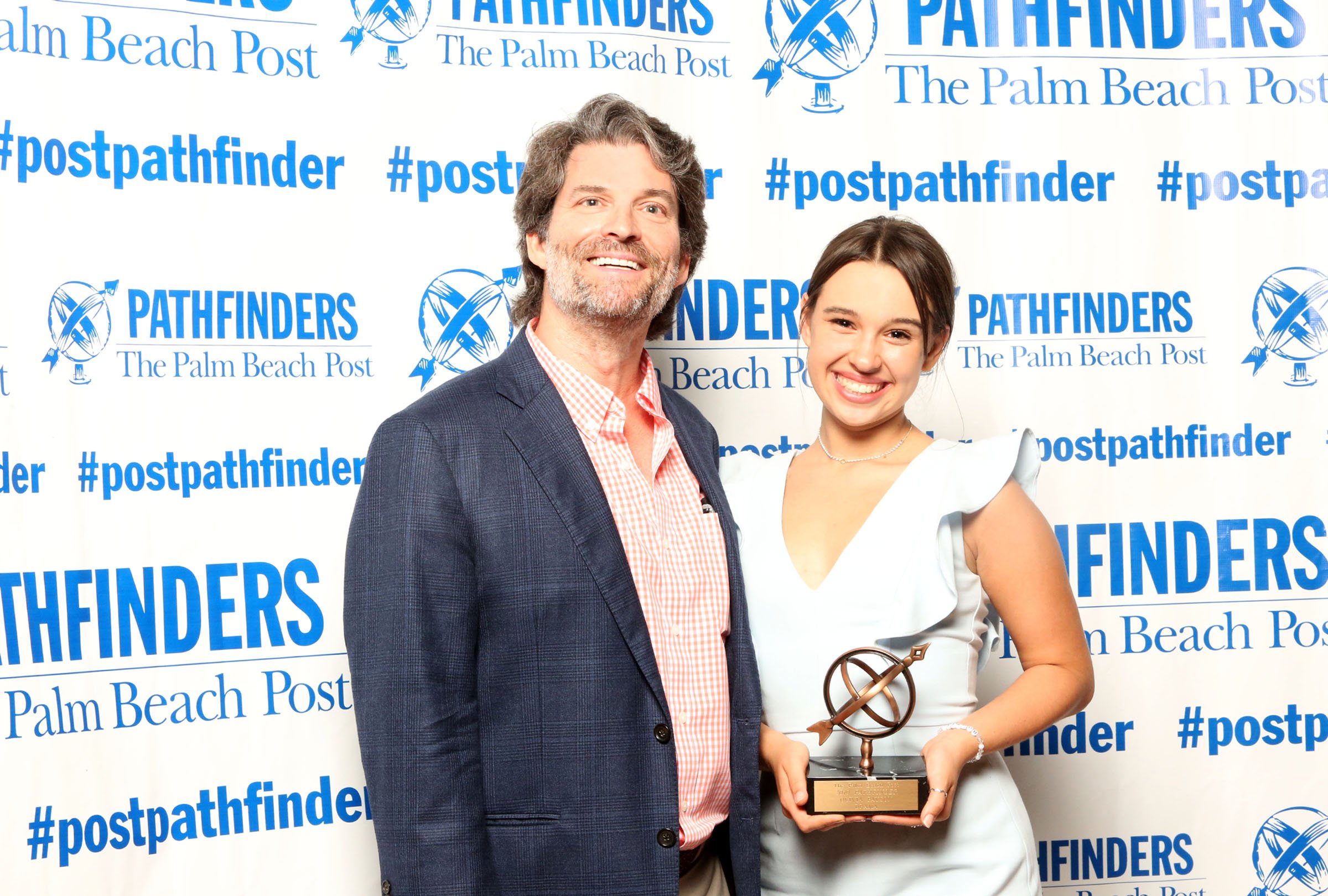 Chas Payson and Olivia Payson stand at the 2019 Pathfinder High School Scholarship Awards in May. The father and daughter each won the top prize for drama 35 years apart. [TIM STEPIEN/palmbeachpost.com]

When Olivia Payson won the top prize for drama at this year’s Pathfinder High School Scholarship Awards, she took home the same honor her father, Chas Payson, won 35 years ago as a graduating senior at Benjamin.

Last month, Jupiter-area resident Olivia Payson won the top $4,000 scholarship in drama at the 2019 Pathfinder High School Scholarship Awards. It was the same honor her father, Chas Payson, won at the 1984 Pathfinder ceremony.

The Pathfinder Awards, organized by The Palm Beach Post, are presented each year to high school seniors in Palm Beach and Martin counties who have demonstrated outstanding achievement in 18 academic, vocational and athletic categories. The students are nominated by their schools.

“It’s been something really special for us,” said Olivia Payson, who graduated from Dreyfoos School of the Arts and plans to attend University of Oklahoma in the fall to earn a bachelor of fine arts in musical theater. 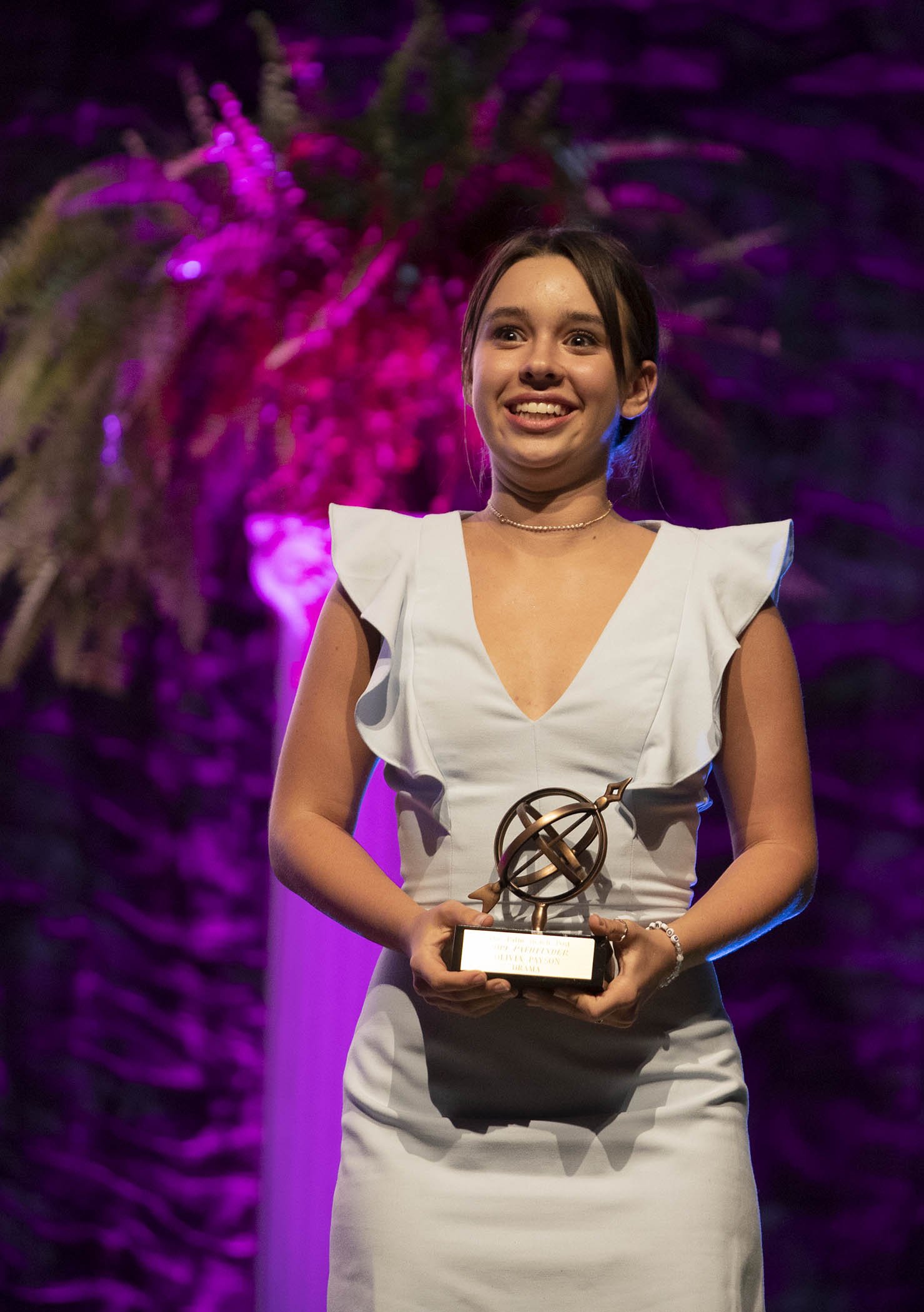 Her father, owner of Jupiter’s Echo Beach Studios, often regales her with stories of his involvement in shows, such as the Rodgers and Hammerstein hit “The King and I,” while growing up in Jupiter, Olivia Payson said. Although Chas Payson largely set aside his theater ambitions upon graduating from the Benjamin School 35 years ago, Olivia said he was a valuable critic while she rehearsed for college auditions in the family living room.

“My dad would say, ‘OK you’re a little pitchy here,’” Olivia Payson said. “It was great, he’d help me with that.”

His daughter’s win gave Chas Payson a chance to reflect on his own Pathfinder experience. His scholarship was worth about $2,500 and many students were unaware of the program, he said. When he was called into Benjamin’s library with other Pathfinder nominees, Chas Payson joked, “We all thought we were in trouble for something.”

Another difference: the talent pool among students today “is incredible,” he said. For him, theater was “kind of an excuse to goof off.” He still remembers his first role, playing a “bratty kid chased by a toy soldier” while in second grade. He can’t remember the name of the production at Stuart’s Barn Theatre, but recalled being drawn to the comedic aspect of the role.

Acting has been a much more serious passion for his daughter, he said. Her first role was as Rope Twirler No. 1 in a production of “Annie Get Your Gun” at the Maltz Jupiter Theatre when she was 6. He has video footage of his daughter acting at home in her early childhood, and said her love for the stage was always apparent.

She was talented, too, her father said, and that made it even easier to support her. He calls her a “triple threat” because of her ability to sing, dance and act.

“If you have a talent for something, definitely why not pursue it?” Chas Payson said. “That was our belief all along.”

While theater president during her senior year at Dreyfoos, Olivia Payson said, she took part in productions of “Amélie,” “The Curious Incident of the Dog in the Night-Time” and “Cry-Baby.”

Her love for theater has grown over the years and she hopes that passion will someday turn into a profession. After college, she plans to move to New York to audition for “as many shows as possible.”

“I loved being on stage and getting a chance to express myself. … As I’ve gotten older that love has matured and changed,” Olivia Payson said.

There seems to be a natural inclination toward the performing arts in her family, Olivia Payson said. Her 15-year-old sister Catherine is a dancer at Dreyfoos and one of her grandmothers loved to dance and play piano, she said.

“My mom (Suzanne Payson) always talks about how there must be something in the Payson family blood,” she said. 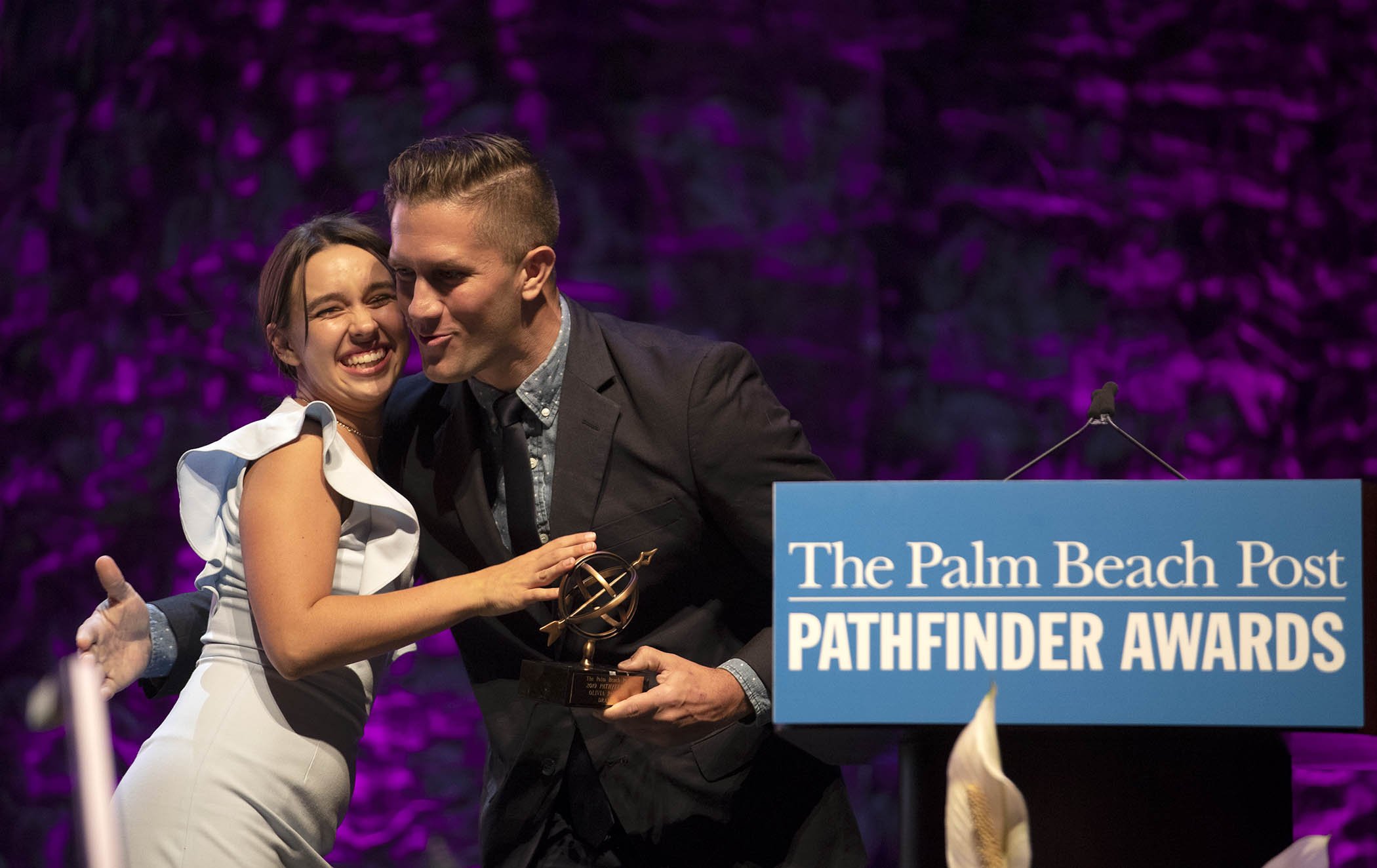